Baked potato is a healthy choice ... or is it?

I always liked baked potato. And I always thought that baked potato is quite a healthy choice. As a cooked food. When I started following a raw food diet, baked potato became my 'naughty' cooked food which I had occasionally in the canteen where I work.

However, when I started reading more and more about benefits of raw foods and negative sides of cooked food, I was amazed. Amazed to find that so many so-called ‘healthy options’ are not healthy at all.

These acrylamides are 1,000 times are more dangerous than other known cancer-causing agents found in food, and are directly linked to formation of stomach tumours and damage of the central and peripheral nervous system!

Do you know that US Environmental Protection Agency, knowing that acrylamides are highly dangerous to human health, decided to put a limit on getting these substances through food at nearly zero, allowing very little in public water systems.

Do you know how much of this nasty stuff in a bag of potato chips (crisps)? Nearly 500 times more than in a single glass of water!

Do you know that at some point in the past, California government issued a law that all manufacturers of potato chips (crisps) were required to put cancer warning on their packages? Of course most of these manufactures simply ignored the law because they would be struggling to sell them.

Another nasty chemical which occurs during cooking carbohydrates is glycotoxin, which is also known as ‘advanced glycation end product’. Its abbreviation ‘AGE’ makes me always think as ‘eat cooked carbs – AGE quicker!’ AGEs make our bodies vulnerable to cancer, candida, and other yeast infections, and yes, it does accelerate aging!

Contaminating body with AGEs also can lead to inflammations, which in turn leads to diabeties, cancer, atherosclerosis, serious heart problems, Alzheimer’s and kidney impairment. The more brown your cooked potato (pasta, cookies, and other starchy foods) is, the more ‘mutagenic activity’ happens there.

AGEs also accumulate in collagen, making our skin wrinkly and with brown spots. If you really-really want a baked potato, go for a sweet baked potato instead, it is known to have much more nutritional value than a white potato.

If you still think that most people eat cooked carbs and do not die instantly (how can they get away with eating junk?), then I'll tell you. Have a look around you – how many healthy people over 30 do you know?

Of course, it may be difficult to stop eating cooked potatoes and cookies at once, but I hope that this article will motivate you to make better choices next time you are out for a meal with your family or friends.

What to do when you crave unhealthy foods

How to make your salad more filling

- 11 things you can do when you crave unhealthy foods

- Benefits of a raw food diet

- Baked potato is a healthy choice... or is it? 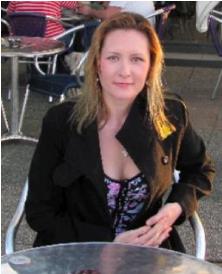